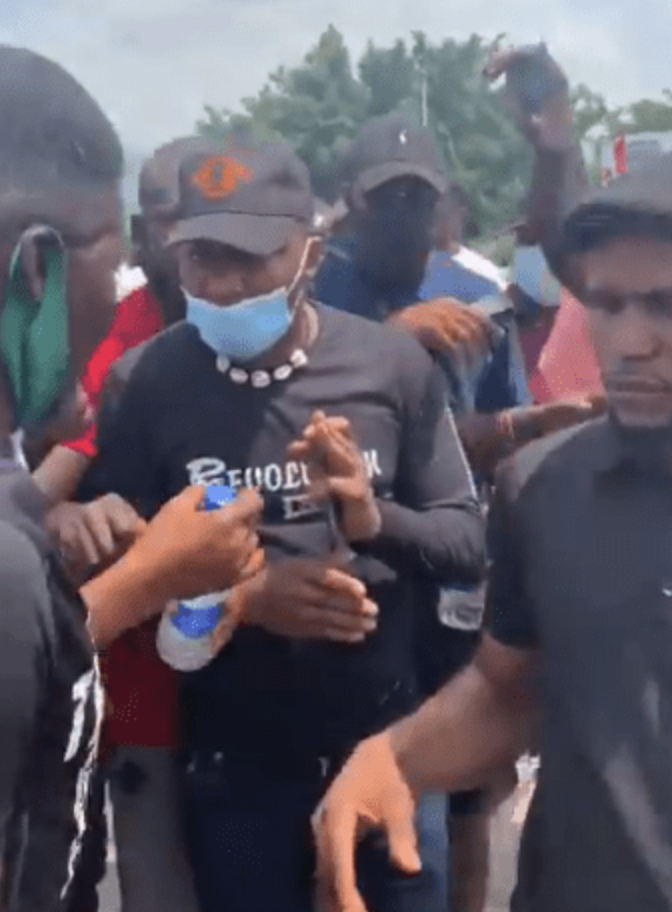 Attempts by Omoyele Sowore, Publisher Of SaharaReporters and #RevolutionNow convener to join #EndSARS protesters today was rebuffed as the youths push him out of the venue.

In a video sighted , the angry youths said they don’t want any politician in their midst.

Despite attempts by Sowore and his team to reason with the youths, they shouted ‘Ole go away (Thief, go away) ‘ We Don’t Want You Here’; ‘ Support Us On Twitter’ ‘ No Politician’ and so on.

Sowore was the presidential candidate of the African Action Congress (AAC) in the 2019 general elections.