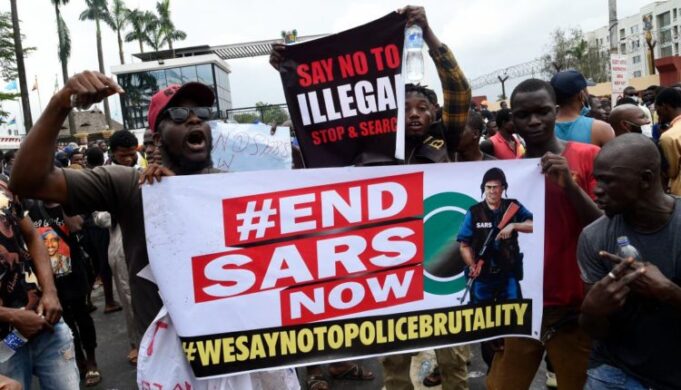 As violence con­tinues to trail the #EndSARS protest across the country, the police alleged­ly shot and killed a young man on Lateef Jakande Road in the Ikeja, Lagos, on Wednesday afternoon.

According to eyewitness­es, the young man, identi­fied as Abayo Adeyemi, was standing with others beside the road when a group of policemen ordered them to leave the road.

The witnesses said that as the young people were running away, some of the policemen pursued and shot at them point blank and Adeyemi was killed in the process.

Speaking on the inci­dent, an elderly man, who resides in the area who claimed that he witnessed the incident condemned the action of the police­men, adding that it was un­provoked and unnecessary action.