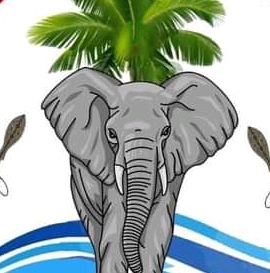 For their outstanding contributions towards humanity,
sustainable peace and development in Jeddo Community
in particular and the Okpe
Kingdom in general, the Jeddo
Stakeholders Forum (JSF) has
honoured Hon. Sheriff Oborevwori, Speaker Delta State
House of Assembly.
Others who bagged the
award include, Professor Sam
Oyovbaire, former minister of
information and culture, Chief
James Augoye, former commissioner of works, James
Umukoro, commissioner, Delta State Independent Electoral Commission,( DISEC) who
also doubles as the President
of Jeddo Stakeholders Forum
( JSF), Chief Robert Onome,
Duke of Ughorton District and
former President General of
Okpe Union, Mr. Mideno Bayagbon, former Editor of Vanguard Newspaper, and Chief
Charles Obule among others.
Umukoro, President of
the Forum, while addressing
guests during the occasion, said the body which was established 15 years ago was a
“Child Of Necessity.”
He said because of the intra
communal crisis that engulfed
the community at some point,
like-minded sons and daughters of the community met
in Warri and other places, to
form the Forum in order to
salvage the crisis.
He explained that the
Gala and Award Day was
to celebrate the end of the
year 2021, and to recognise
the forum’s active founding
members, who for over one
decade have been actively
participating in the building
and strengthening of the organisation.”
He added that the selected
persons are of impeccablecharacter who have distinguished themselves in various
fields of human endeavours.
He stressed that as a body
they are prepared to partner
with groups and individuals
outside the community for
sustainable peace and development to attract human and
infrastructural development
to the community.

Prof. Oyovbaire, chairman
of the occasion saluted the
leadership of the Forum for
their work and urged groups
and communities in Okpe to

US Kicks Against Lekki Toll Gate Shootings, Says Soldiers Involved Should Be Punished