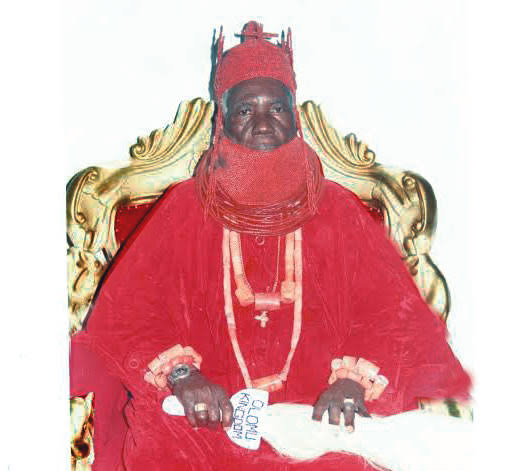 The Speaker of the Delta State House of Assembly and National Deputy Chairman, Conference of Speakers of State Legislatures of Nigeria, Rt. Hon. Sheriff Oborevwori has warmly felicitated with the Owhorode of Olomu Kingdom, His Royal Majesty Ovie Richard Layeguen Ogbon, Ogoni-Oghoro 1 on his 105 birthday.

In a press statement by his Chief Press Secretary, Mr. Dennis Otu, in Asaba on Thursday, January 2022, the Speaker joined family, friends and the entire people of Olomu Kingdom to celebrate with the Owhorode, whom he said that his contributions to the development of Olomu Kingdom in particular and the Urhobo nation in general will continue to stand out.

Rt Hon Oborevwori affirmed that at the monarch’s age, that he could still read without reading glasses, walk around unaided and still retain his sharp intellect and it can only be attributed to God Amighty.

He added that it was a pleasure to celebrate the Owhorode’s exemplary life and his living legacy of service to God and humanity.

The Speaker noted that the revered royal father has consistently projected the well-being of his subjects and kingdom, working very hard to ensure there is peace and development in his domain.

” As a God-fearing monarch, the Owhorode has remained vocal on state and national issues and counselling leaders at all levels on the way forward.
” His visionary leadership style and humble beginning as a teacher, played a major role on his rise as a foremost traditional ruler, utilising his vast experiences in managing his kingdom.”

As the Owhorode turns a year older, the Speaker extolled his foresight, courage and diligence in actualising his vision and purpose for a peaceful and prosperous Olomu Kingdom.

Rt Hon Oborevwori prayed for divine health, wisdom and sound mind for the royal father to continue to serve God and humanity just as he congratulated and wished him a hearty 105 birthday and many happy returns.

Over 60 Million People Are Involved In Gaming Industry In Nigeria