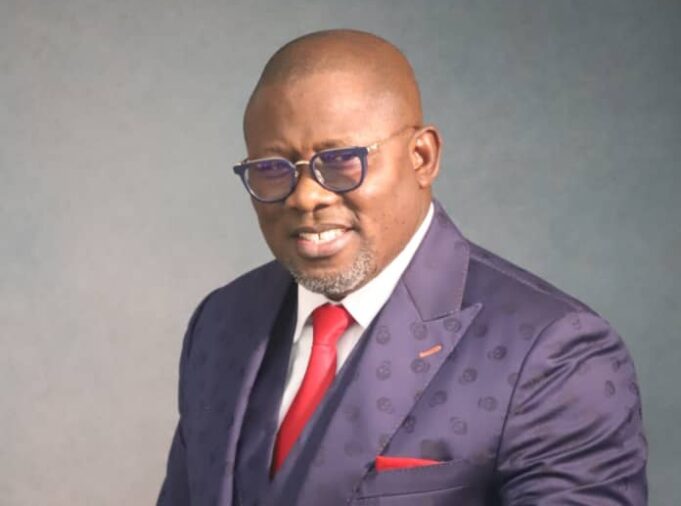 **Calls on Deltans to disregard publication purporting that Oborevwori stepped down from Governorship race.

***Says He Is Best Man For The Job

An Abuja based entrepreneur, Dike James Chigbue has drummed support for the Speaker of the Delta State House of Assembly and National Deputy Chairman of the Conference of Speakers of state legislatures of Nigeria, Rt Hon Sheriff Oborevwori on his 2023 governorship aspiration, describing him as the best man for the job.

He said in a press release on Saturday, February 12th, 2022 that the Speaker has brought stability to the house of Assembly, saying he was capable of piloting the affairs of the state if voted as a governor.

While congratulating the Speaker for making the DC-23 list as recently released by the group, Dike James Chigbue who is from Delta State stated that the Speaker will not disappoint Deltans if voted into office, saying he has always delivered in any assignment given to him just as he made it loud and clear that no amount of blackmail or Intimidation can get the Speaker out of the 2023 Governorship race in the State.

“He is the first Member of the Delta State House of Assembly to serve as Speaker from one Assembly to another Assembly.
He was the National Treasurer and now the Deputy Chairman of the Conference of Speakers of States Legislatures of Nigeria. Deltans should give him the necessary support to continue the good work of our Governor, Senator Dr Ifeanyi Okowa”, he said.

He also said that “I want to congratulate the Speaker for making the DC-23 list, this is just the beginning of good things to come for him as far as his governorship ambition is concerned. More wins for our amiable Speaker. Deltans should throw their weights behind him for him to emerge as our next Governor. He is a very good man and has the interest of all Deltans and the state at heart and I want to commend Deltans for the massive support for his gubernatorial race so far. Those who are behind the mischievous and malicious publication concerning the governorship race by the Speaker should have a rethink and bury their heads in shame. The Speaker is fully in the race and Deltans should disregard the wicked publication purporting that our vibrant Speaker has stepped down from the race”.

Barcelona To Pay Messi €33M If He Leaves On Free Transfer.

Top US Republican Urges Trump To ‘Fight Hard’, Its Not Yet Over