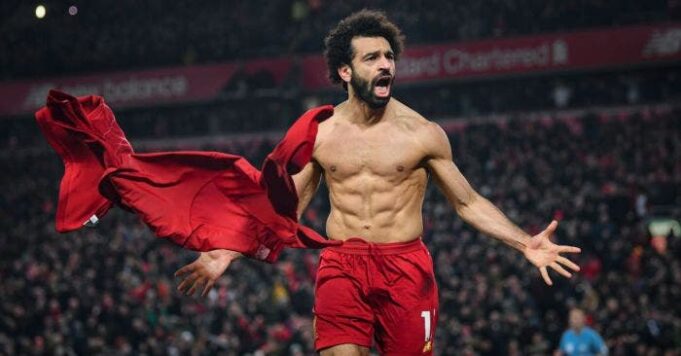 The Egyptian sports minister says “all the medical protocols are being followed” regarding Mohamed Salah as he begins his period of isolation.

The Liverpool forward tested for positive for the coronavirus while on duty for his national side and will miss the Pharaohs’ African Cup of Nations qualifiers against Togo.

Initially, the Egyptian Football Association released a statement claiming Salah had tested positive, before the post was later removed and another was added saying three players were to be re-tested before the AFCON qualifier match on Saturday evening.

It is understood the doctor of the Egyptian national side, Mohamed Abu Alala, spoke with Liverpool’s medical department on a conference call on Friday to relay the specifics of Salah’s positive diagnosis.

It has been claimed that an asymptomatic Salah will continue to train alone for the next week before returning to Merseyside ahead of next Sunday’s visit from Leicester at Anfield.

That, however, has yet to be confirmed by Liverpool with Salah now set to miss the game against Brendan Rodgers’s Foxes on November 22.

The sports minister for Egypt, Ashraf Sobhi, says the FA have made sure to follow the requests of Liverpool for their 10-goal top scorer.

“Anyone who was in contact with Salah will undergo a PCR test and I want to reassure everyone that all the medical protocols are being followed” Sobhi told MBC Masr TV.

“I met with Salah once at the start of the camp and another time during the event.

“We followed the protocol very precisely during the event with Salah’s agent and Liverpool.

“We made sure to fulfill all of the club’s requests,

After retracting their original statement on Friday afternoon, the EFA released a new one later that evening confirming that Salah had tested positive for COVID-19.

A post shared on their official Facebook page read: “A second swab was carried out by Mohamed Salah, the national team star and Liverpool, and the result showed a positive case of the big star infected with the coronavirus.

“All the procedures are underway and following the necessary global medical protocol for the situation, with the knowledge of Dr. Mohamed Sultan, head of the medical committee Etihad and Dr. Mohamed Abu Alala, the national team doctor.

“The first swab came out positive, but the Egyptian Football Federation decided to do a second swab to confirm the injury, as the big star’s injury case received great attention from the Federation at all levels.

Dr Abu Alala will remain in contact with Liverpool’s club doctor, Jim Moxon, over the coming days as the Reds attempt to navigate through an injury and illness-hit patch.

Jurgen Klopp is already without Joe Gomez and Virgil van Dijk for the game against Leicester while Fabinho and Thiago Alcantara are continuing their efforts to prove their fitness in time.

Trent Alexander-Arnold will miss the match with a calf problem that is likely to sideline him for much of the next month, while Alex Oxlade-Chamberlain is yet to feature this campaign due to injury.

Two Hoodlums Arrested At #EndSARS Protests In Abuja With A knife.