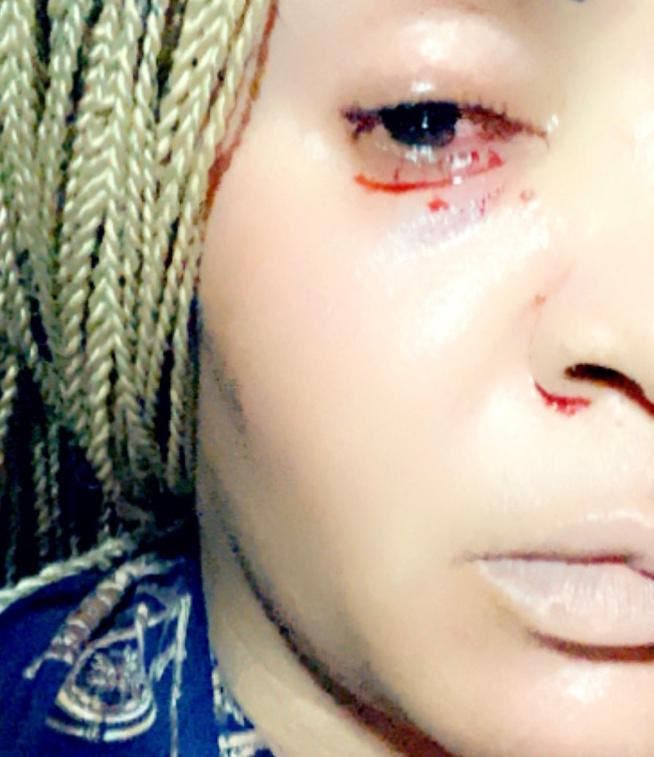 The much talked about December wedding of Nollywood diva and singer, Cossy Ojiakor and her German groom-to be, Abel Jurgen may have hit the rocks as the German has called out Cossy in an Instagram post that the wedding is off after the actress allegedly bit him.

The German, who posted pictures of his bitten hands, claimed the actress was drunk and got in a fight with him.

“Finally, it’s over between Cossy and I after she got in a fight with after she got drunk. This what she did to me got bitten from different corners,” he posted with pictures of the bites” When Vanguard got in touch with the Nutty Queen, she said it was not how it happened, saying the German was only craving attention.

“He is childish. And needed attention. We had issues. I told him to leave my house since Tuesday. I was surprised to see he posted that so we are truly over,” she said.

When asked if she really bit the lover, Cossy said, ” I really don’t know. We had a fight. I really don’t want to talk about this… I did not bite him. He is being very childish and enjoying his minutes of fame. “He started it so he can continue to tell people what happened that lead to the fight,” she added.

The actress is obviously in a depressed mood and cut short the chat. Instead of speaking further she sent a picture of her red eye to show there was a struggle at least in which according to her, the lover started