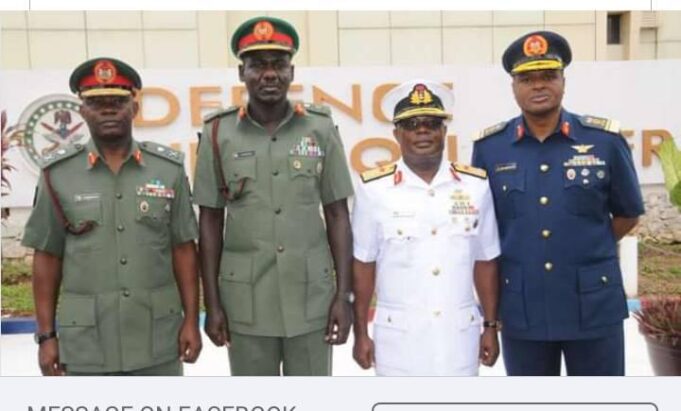 President Muhammadu Buhari, and the sacked Service Chiefs and other officers in a file photo.

President Muhammadu Buhari has accepted the immediate resignation of the Service Chiefs, and their retirement from service.

This was contained in a statement issued by the Special Adviser to the President on Media and Publicity, Chief Femi Adesina in Abuja Tuesday.

“President Buhari thanks the outgoing Chiefs for what he calls their “overwhelming achievements in our efforts at bringing enduring peace to our dear country,” wishing them well in their future endeavours.

“The President congratulates them new Service Chiefs, and urges them to be loyal and dedicated in the discharge of their responsibilities.”

Afenifere Meanwhile, reacting to the Service Chiefs’ sack, Afenifere said it was nothing special.

In a statement, the pan-Yoruba socio-political organisation said President Muhammadu Buhari had done nothing special. According to Afenifere’s National Publicity Secretary, Yinka Odumakin: “He (Buhari) has not done a special favour to make us jump in joy. “The nepotic way he has handled the security sector has created damage that will take a lot time to repair if we shall ever be able.”