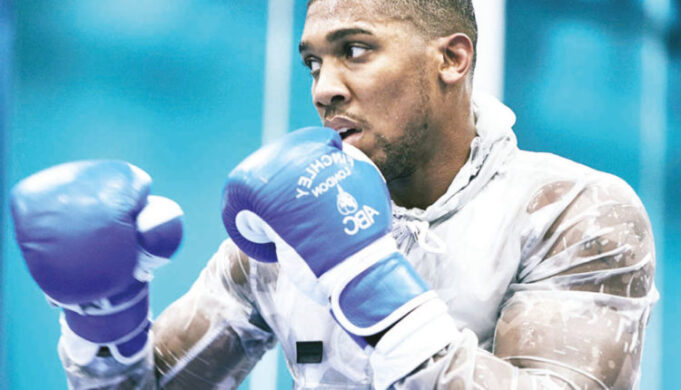 Anthony Joshua is ready to fight Tyson Fury after his ninth-round stoppage of Kubrat Pulev at London’s Wembley Arena in front of 1,000 fans, with attendance lim­ited due to coronavirus restric­tions on Saturday morning.

The much-anticipated clash with Fury is expected to take place sometime in 2021. IJoshua stated: “Less talk, more ac­tion,” he said. “I hope every­one was satisfied tonight.

“For me, I stuck to what I know best, boxing, you ask the crowd what they want to see! “I’m up for anyone, look at my resume. Whoev­er has got the belt, I would love to compete with them. If that is Tyson Fury then let it be Tyson Fury.

“I’m up for anything. Who wants to see Anthony Joshua box Tyson Fury in 2021? I started this game in 2013 and I’ve been chasing the belts ever since.

Joshua could have out­classed Pulev, who had lost just once previously in his career to Wladimir Klitsc­hko in 2014, in the third rounds, but decided to let the fans enjoy their money.

Joshua gave his opponent three successive uppercuts in the ninth round to take his career record to 24-1.

Joshua retained his IBO, WBA, IBF and WBO World Heavyweight titles by floor­ing Pulev three times and knocking him out in the ninth round to edge closer to a fight with WBC cham­pion Fury which would crown the division’s No 1.

Meanwhile, Fury deliv­ered a feisty response to Joshua’s victory over Pulev by claiming he would win their proposed fight in just three rounds.

Fury criticised Joshua’s post-fight interview on so­cial media and said: “He got asked if he wants the fight and he went around the bushes.