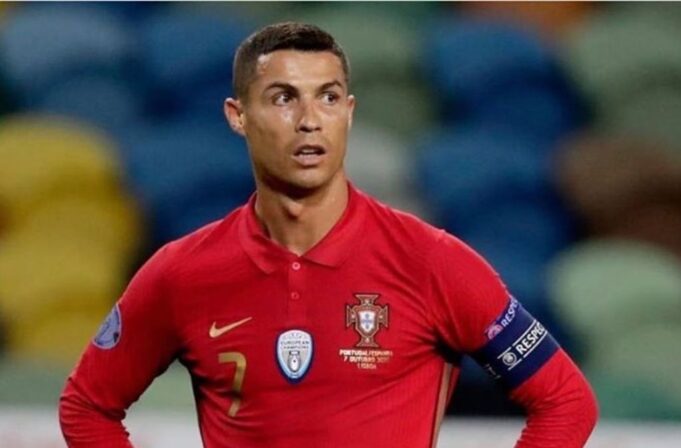 Ronaldo “is asymptomatic” and “will not play against Sweden” in Wednesday’s Nations League match, the federation said on its website. Ronaldo, 35, who has won the Ballon d’Or five times, played in Portugal’s goalless Nations League draw against France in Paris on Sunday.

The federation added that the rest of the Portugal squad were “all negative” after tests on Tuesday morning, as was the France squad, according to the French Football Federation. Ronaldo has scored 101 goals for Portugal and will be a huge absence for his team against Sweden as they aim to hold on to top spot in their group. His contracting the disease is also a big blow for Juventus, as the health protocol in force for Serie A says that Ronaldo must self-isolate for 10 days and then record a negative test before he can resume playing.

COVID 19 Scare: Minister of Police Affairs goes into isolation That means Ronaldo will miss Juve’s Serie A match at Crotone on Saturday and the Italian champions’ opening Champions League group stage game at Dynamo Kiev in a week’s time. He is also a doubt for Juventus’ following Champions League clash with Barcelona on October 28, which was set to pit Ronaldo against his old rival Lionel Messi.

The test result re-opens the controversy over his departure from Turin for the Portugal training camp, which was, according to local health authorities in Italy’s Piedmont region, a violation of the virus protocol. Ronaldo and other Juventus stars left to join up with their national teams despite the team being in isolation after two staff members tested positive for the virus. Roberto Testi, a director of the regional health authority, said that local prosecutors had been informed of the players’ unauthorised departure.

Highest profile – Ronaldo, who has also starred for Manchester United and Real Madrid, is the highest-profile footballer to test positive for Covid-19, which has killed over a million people since the start of the pandemic earlier this year.

The international break has been marked by a host of players contracting the virus as it continues its spread worldwide. The Republic of Ireland had five players ruled out just before their Nations League draw with Wales after one squad member tested positive for the virus. Meanwhile Ukraine had to draft in 45-year-old assistant coach Oleksandr Shovkovsky for last week’s friendly with France as the virus swept through the squad.

Ukraine also lost to Germany on Saturday in the Nations League with 14 players missing either through injury or positive for the virus. Coronavirus has killed over one million people and infected 37 million people. Many nations that suppressed their first outbreaks are now battling a second wave.