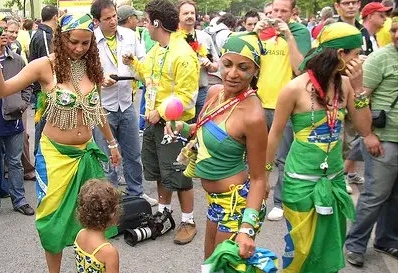 Ambassador Luz, while speaking during an interaction with Diplomatic Editors on Brazil’s Bicentennial Anniversary and Brazil-Nigeria Relations, said that the celebration, which commences from September 6, till November 2022, tagged: “Developing a Sustainable Framework for Nigeria-Brazil Tourism Enhancement,” will have presence of the Oba of Benin, Omo N’Oba N’Edo Uku Akpolokpolo, Oba Ewuare II; Ooni of Ife Oba Adeyeye Ogunwusi, and Governor Babajide Sanwo-Olu to be the guest speaker on the annual Africa-Brazil meeting, and to talk about Smart-Cities in Africa.

Luz said the Bicentennial anniversary celebration, marking the independence of Brazil from Portugal on September 7, 1882, will promote tourism between Nigeria and Brazil.

Nigerian Ambassador to Brazil, His Excellency, Ambassador Ahmad Muhammed Makarfi , will deliver the guest address, while there will be a panel session on visa and aviation, which will discuss cultural connections between Nigeria and Brazil, air connectivity and visa process.

Also on the same day, another panel session will hold in the afternoon to discuss

: Tourism Board, Rio, Salvador & Sao Paulo; Tourism culture and attractions in Brazil; The value of tourism to the economy/tourist; Sustainable Tourism; Planning for Tourism/Tourism; Planning and Regional Development, and Cultural Connections between Nigeria and Brazil.

According to Luz: “The main reason for the event is the celebration of the bicentennial anniversary of Brazilian independence from Portugal on September 7, 1822.”

“The king of Benin and all other kings recognized Brazil’s independence immediately. We decided to concentrate on a series of events, one to promote Tourism between both countries.

“Second is the official reception to celebrate on September 7, which is the exact day of the 200 years of Independence. On September 8th, there will be the long-due business forum, as many smaller events were done in Brazil in the past years but none in Nigeria.”

Luz said that there will also be some food and music festivals, and Brazilian films every last Friday of the month.

Also, he said that “there will be a series of events to celebrate in November, including the week of the African Conscience in Brazil. Also, we will organize a conference between Brazil and Nigeria start-ups because we both have huge potential. The development here is incredible. Brazil is also a leader of start-ups in Latin America.”

Also, the Nigerian Ambassador to the International Society of Diplomats (Media), Ambassador Victor Asije, described the event as a step in the right direction for Nigeria and Brazil, adding that “For a very long time, Nigeria and Brazil have been working and living together. Historically, they have been linked. Organising this event for the first time in Nigeria, will further strengthen ties between Nigeria and Brazil. This event will most importantly showcase both countries cultural values, as well as provide opportunities for more cultural exchanges.”

Ambassador Asije stated that “it tells us that we are all inter-connected and interdependent. Look at history and dating back to decades, these two countries have been together, Yoruba people are in Brazil and they also reside in Nigeria. It shows that we are all one family in the world.”