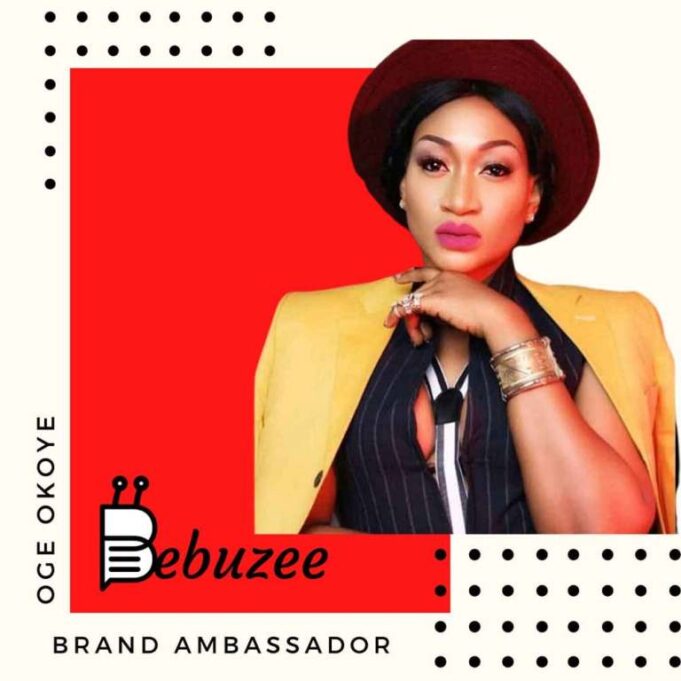 She rose to fame after starring in the film, “Spanner”. Since then, the leggy actress has not looked back, starring in more than 40 films and television series. Bebuzee is surely making headlines as it recently unveiled its upcoming video and content streaming service and social media platform, aimed specifically at the Nigerian market with subscription-free movies and content.

Nollywood producers to gain exclusive rights to their content before it is launched to the public. With its brand ambassador programme, Oge Okoye becomes the latest to affiliate with Bebuzee in spreading the word of this unique and localised service set to debut in December.

As well as being a great actress, Oge Okoye is also a model and producer. She has starred in many commercials, fashion magazines, billboards and much more, and has been nominated for various awards in the process. Married in 2005 with two children, she has proved to be an amazing mother and a talented actress, bringing a level of diversity to her roles. UK firm, Bebuzee, had recently leaked more information about its pending release in December of its new free-to-watch streaming video service for the African continent based upon relationships with over 50 Nigerian film studios. Starting on that date, full-length movies, series, talk shows, documentaries and more will be available at Bebuzee.com at no cost to the viewers; no subscriptions.

Bebuzee claims over 16 million users so far in the African continent and is expanding to more African countries first in its effort to become a worldwide force in video content, challenging Netflix and Amazon. Bebuzee has filed for an initial public offering of its shares in the United States, expecting its launch as a public company in 2021.