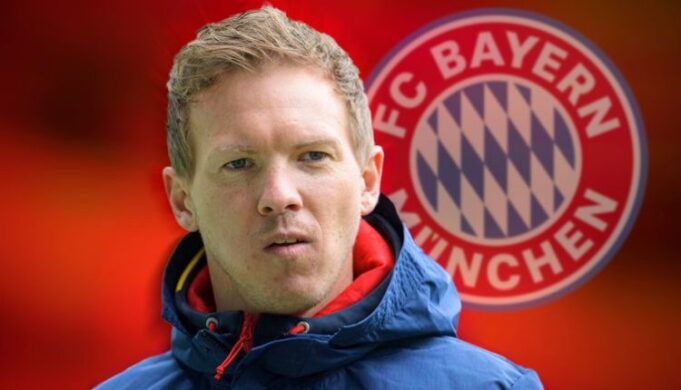 Bayern Munich FC coach, Julian Nagelsmann, has tested positive for the coronavirus in spite of being fully vaccinated and heads into quarantine, the 2020/2021 Bundesliga champions said on Thursday.

Nagelsmann was not on the coaching bench in Bayern Munich’s 4-0 UEFA Champions League win at Portugal’s Benfica on Wednesday, with the club speaking of flu-like symptoms before the game.

“In spite of being fully vaccinated, Nagelsmann has tested positive for COVID-19,” Bayern Munich said in a brief statement Thursday.

“He is returning to Munich separately from the team by air ambulance and will self-isolate at home.”

Nagelsmann took to Twitter later Thursday, saying: “Thank you for all the get-well wishes. I am doing fine under the circumstances.”

Bayern Munich take on Hoffenheim on Saturday in the Bundesliga and next week are at Borussia Moenchengladbach in the German Cup and at Union Berlin in the league.

Nagelsmann could miss all those games and possibly the Nov. 2 home date with Benfica.

Munich health authorities have said quarantine periods are normally 14 days but that fully vaccinated people without any symptoms can return to their daily life.

They however noted that this must be with a negative PCR test after five days of isolation.

The club will also hope that no players and staff have contracted the virus as well in this busy part of the season.

Assistants Dino Toppmoeller and Xaver Zembrod are expected to take Nagelsmann’s place like in Lisbon.

That was where a Leroy Sane brace saw them make it three wins out of three in the elite event.

“It was a great team performance, without singling anyone out,” Toppmoeller said. “The second goal opened the floodgates. All in all, it was a deserved victory.

On his part, Sane said “the coaches prepared us well”, while Toppmoeller said “I am happy we won the game and that in the coaching staff we deputised well for Julian.”

Toppmoeller, the son of former striker and coach Klaus Toppmoeller, said he was in contact with Nagelsmann throughout the second half.

He said it was Nagelsmann from the sick bed who suggested to bring on Serge Gnabry which helped Bayern Munich win the game.

“You can see that Julian may be ill but still alert in his head —— and with a super idea,” Toppmoeller said.

Nagelsmann said in his tweet he was “very proud of the team, my entire coaching staff and the team behind the team. You did great yesterday (Wednesday) and deputised in the best possible way.”

He will surely also be involved remotely in preparing the team for the game against his former club, Hoffenheim.

Hoeness also issued get-well wishes but remained vague whether Nagelsmann’s absence would have an impact.

“I believe it is better overall if the head coach is present at the touchline,” Hoeness said.