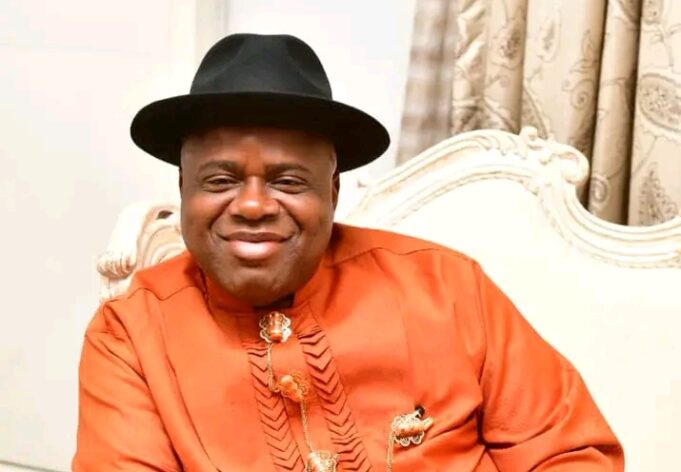 The Bayelsa State Elders Council has hailed the development
efforts of the Governor Douye
Diri-led administration, particularly on the construction of
key projects across the three
senatorial districts.

Chairman of the newly
inaugurated executive of the
council, Rear Admiral Gboribiogha John Jonah (rtd), gave
the commendation on Saturday
while delivering his acceptance
speech in Yenagoa, the state capital.
Rear Admiral John-Jonah,
the immediate-past deputy governor of the state, commended
Diri for the “bold attempt” to
construct the Nembe-Brass
road, describing the project as
significant and strategic to the
socio-economic development of
the state.

“Your bold attempt in connecting us to the Atlantic Coast
is highly commendable. Your
passion for development of the
state and overall wellbeing of
our people demonstrates that
you are a true leader,” he said.
According to him, as an
Elders’ Council that plays advisory role, they will avail the
administration of their counsel
and support to enable it succeed.
John-Jonah, who thanked
the outgone members of the
executive council for their meritorious service, also urged traditional rulers to be more vigilant
in their respective domains as
the country was experiencing
worsening security challenges.
Responding, Governor Diri
congratulated the new executive and the elders’ council for
conducting a peaceful election
and appointing leaders with
proven track record in their
various fields.

According to Diri, “It is
a thing of joy in the state to
have elders form a council to
advise government towards
ensuring that the state is stable, peaceful and prosperous.

“We have been on the saddle for about two and a half
years and our works speak
for us. Whatever we have
been able to achieve during
this period will speak for
themselves.”

Commenting on ongoing
road projects, Diri said by the
end of his third year in office,
the Sagbama-Ekeremor road
would be completed and inaugurated.