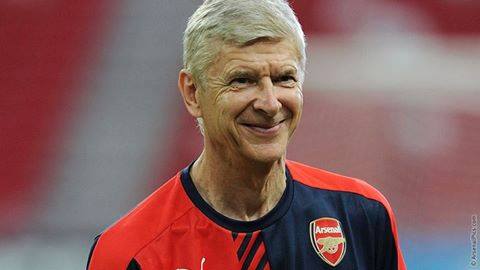 Arsene Wenger has stated that he would take up the offer to return to Arsenal, but he isn’t ex­pected such a call.

The French manager is the most successful man­ager in the Gunners his­tory, and the only one who could challenge Sir Alex Ferguson during his gold­en years.

Wenger left the club af­ter 22 years at the helm and was eventually replaced by Unai Emery in 2018, but the club has struggled in his absence.

Fans grew frustrated with the 71 year-old, who failed to mount a serious title challenge in his final years, although you could argue that he overachieved with the budget that he was given.

Arsene always re­mained a fan of Arsenal however, and has re­cently admitted that he would take up the offer to return to the club if he was asked, although nobody is expecting that to happen

Wenger told NBC Sports (via PunditArena): “If I’m needed, I will help them, but I don’t expect that, no.”

The club has recently turned their disastrous form around however, and things appear to be on the up once again after drop­ping down to 15th in the table.

When things got tough in the last couple of months, Arsenal FC re­mained behind the manag­er, and that stance looks to have paid off after back-to-back victories for the first time since the start of the season.

Even if Arteta was to come under pressure again, bringing Wenger back would be an admit­tance of an error in allow­ing him to leave previous­ly, and one I do not think the club would make.

Would you take Wenger back at the Emirates until the end of the season?

The 71-year-old threw his weight behind Arte­ta last year, insisting his former midfielder had earned his shot at one of the Premier League’s most sought-after jobs.

“He’s lucky that straight away he got into a big club,” said Wenger in Oc­tober. “You normally have to work ten years to get in that position.

“But because he played for the club and was a good player, he got his chance. I wish him well.

ACTRESS ANITA JOSEPH TO SINGLE LADIES–MARRY SOMEONE YOU CAN GOSSIP, FART WITH.