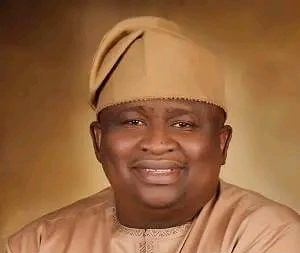 A political scientist, Laolu David, has derided the All Progressives Congress (APC) primary that has suggested and placed Senator Solomon Adeola (alias Yayi) as winner in Ogun-West Senatorial District of the state.

Pointing it out as a political error of judgement, David called on Yoruba elders to step into the matter and replace Senator Adeola with the right candidate being Senator Tolu Odebiyi, who had been the main contender until Yayi showed up suddenly.

In a petition, which he David is raising, he pointed out that Yayi is a “no-base” politician, shuttling between Lagos and Ogun states and probably other states of the country, for his personal interest, which does not have regard to the historical context of the people he is trying to force himself to represent in the National Assembly come 2023.

“Yayi sees himself as a businessman, an investor who haunts for greener pastures and when he sees ‘a sleeping people’ he catches in on them.,” said the political scientist.

He called on the people of Ogun-West and APC leaders in Ogun-West not to be ‘a sleeping people.’

I have always known people from the western state of Nigeria are not ‘a sleeping people,’ and that is why Yayi was rejected in two other places where he tried to force himself to represent them.

Touch Down Travels Introduces The Use Of Corporate Self Booking Tool ( CSBT)...