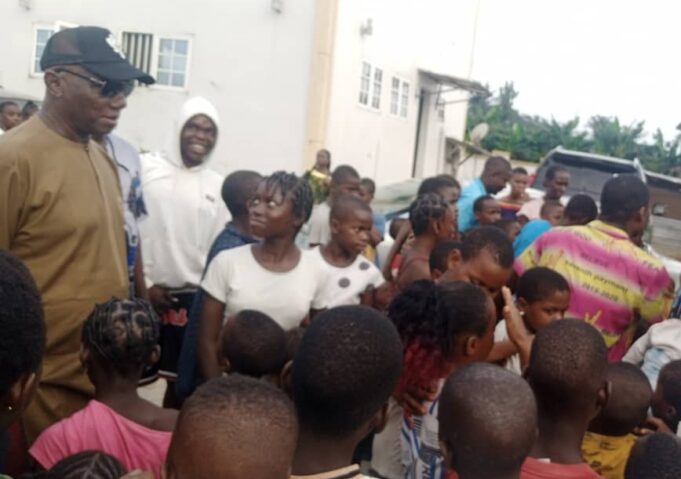 This year ‘s children ‘s day was uniquely celebrated as children in hundreds across Sapele local government and beyond attended in large number.

Also present at the party were Col Moses Abeke ( Rtd) who gave words of advice to the children .

Hon Godwin Atose ,others took turns to encourage the children as they partied.

He equally drum support for RT Hon Sheriff Francis Orohwedor Oborevwori, the Speaker of Delta State House of Assembly ( DTHA) for Governor in the 2023 elections.

Oborevwori won the PDP primary election with an overwhelming lead to clinch the party ticket to contest for Gubernatorial seat in 2023.