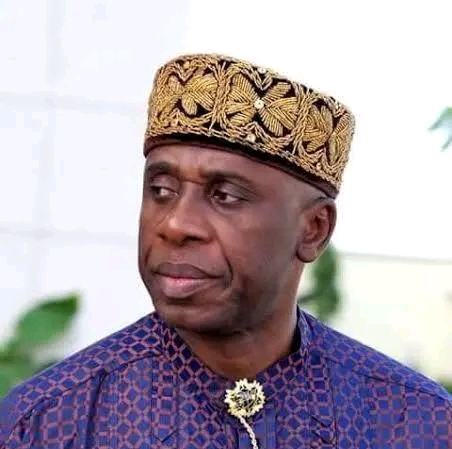 The Amaechi Presidential
Media Campaign Committee
has condoled with the families
of the victims involved in the
accident that led to the loss of
two members of Rivers State
Chapter of All Progressives
Congress (APC).

The auto crash reportedly
occurred when the party members were returning to Port
Harcourt after participating in
the presidential primaries of
APC in Abuja.

The message was contained
in a statement issued by the
Media Campaign Committee Chairman, Mr. Kingsley
Wenenda Wali.

It said the news of the accident was received by Amaechi, the APC leadership and
members in Rivers, and the
campaign organisation, with a
rude shock
Part of the statement read:
“The report of an accident
involving members of the All
Progressives Congress (APC) in
Rivers State returning from our
party’s convention was received
with shock by our leader, Rt.
Hon. Chibuike Rotimi Amaechi, the party leadership and
the campaign organisation on
June 9, 2022.

“As it is with Amaechi’s custom to show empathy to all and
sundry, the leader responded
immediately and prayed fervently for their recuperation.

The severity of the accident,
however, led to unfortunate
loss of lives.

“The APC family, under the
leadership of Rt. Hon. Amaechi, expresses its deepest condolences to the families of the
bereaved and assures them
of his support and that of the
party.”

Amaechi, however, assured
that no effort would be spared
at ensuring that victims of the
unfortunate incident would be
well taken care of, adding that
the medical needs of the survivors being addressed.