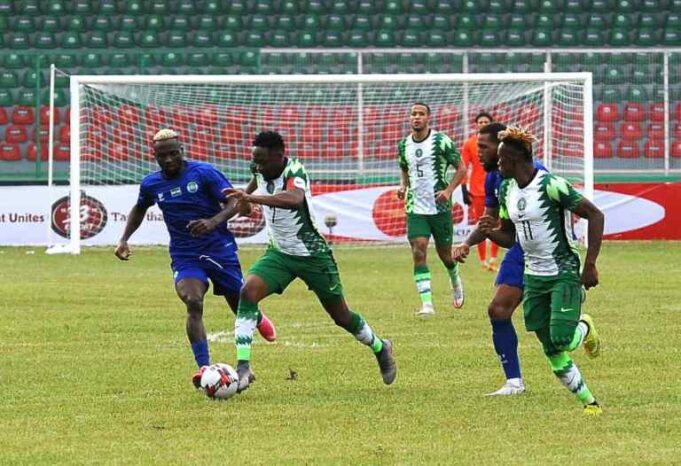 Super Eagles captain, Ahmed Musa has apologised for his side’s performance against Sierra Leone in the AFCON qualifying match that took place on Friday at the Samuel Ogbemudia Stadium in Benin City.

The Super Eagles survived the game with a point after squandering a four-goal lead. Nigeria was already four goals up before the half-hour mark but fell apart in the second half. Musa who was substituted in the second half took to Instagram to ask for forgiveness for himself and his teammates.

He said: ‘On behalf of myself and my teammates, we are really sorry for the disappointment of the game tonight. We know we made a big mistake in the game but there’s nothing we can do, that’s football- sometimes you win, some times you lose.

“We are going to correct our mistake in the next game. We are going there to see that we qualify for the AFCON and we know that we can do it. “On behalf of myself and my teammates, we are very very sorry.”

Nigeria still tops the group with 7 points from 3 matches while Sierra Leone has 1 point. The return fixture will come up on 17th November.