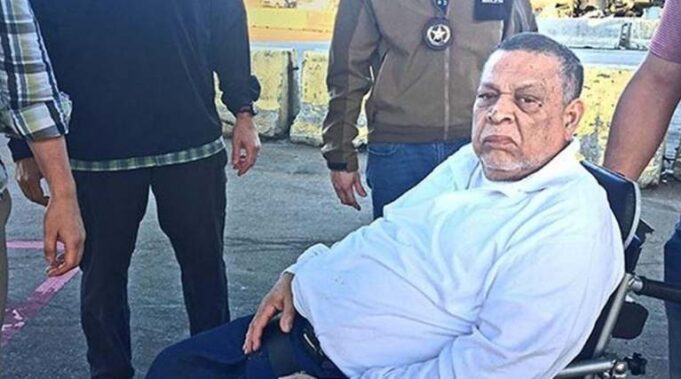 A Spanish court on Friday sentenced a former Salvadoran colonel to 133 years in prison for murdering five Spanish Jesuit priests in 1989 during the Central American nation’s civil war.

Inocente Orlando Montano Morales, 76, was found guilty of the killings which took place in November 1989 when the Jesuits were acting as a mediator to try to end the civil war between the government and FMLN guerrillas.

Spain’s top criminal court said he was responsible for eight murders — six Jesuits, one of whom was Salvadoran, their cook and her 16-year-old daughter — but could only sentence him on the basis of five as it was on those grounds that he was extradited from the United States.

The murders took place outside the priests’ residence on the campus of the Central American University (UCA) as El Salvador was gripped by deadly fighting between government forces and the FMLN which lasted more than 10 years.

Among the victims was Spanish priest Father Ignacio Ellacuría, UCA’s rector and one of the country’s most important political analysts, the court said. Three of the priests were shot dead as they lay on the ground, court documents showed.

Montano, who served as El Salvador’s deputy minister for public security between 1989 to 1992, is the first to be tried over the bloodshed after Spain opened an investigation in 2009 on the principle of universal justice.

El Salvador has refused to hand over other military officers to Spain. Montano was extradited from the United States in 2017, where he had served nearly two years in jail for immigration fraud.

Since arriving in Spain, he has been held in pre-trial detention. Prosecutors said Morales gave the order for the killings, carried out in the early hours of November 16, 1989.

Montano had been due to be tried with Rene Yusshy Mendoza, who served as a lieutenant in the Atlacatl battalion that carried out the killings. But Mendoza was acquitted in June after the defence argued successfully that by the time he was charged the alleged crimes were past the statute of limitations.

The trial opened in early June. The civil war in El Salvador ended in 1992 with a peace accord after 12 years of fighting between the government and rebels in which more than 75,000 people died and 7,000 disappeared.

Tiwa Savage And Ex-Hubby TeeBillz ‘REUNITE’ To Celebrate Christmas With Son In Dubai.