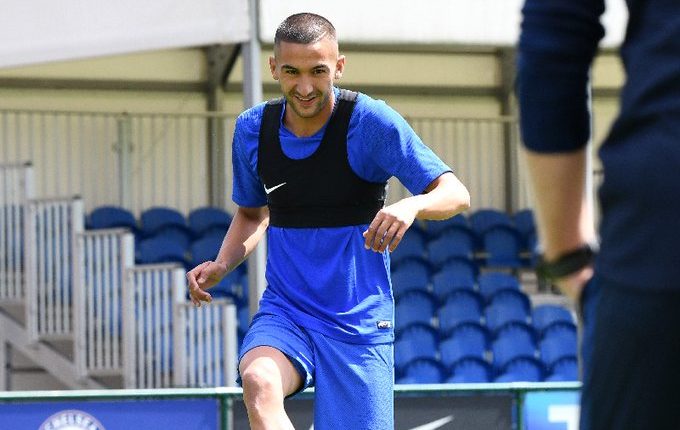 New Chelsea signing Hakim Ziyech has spoken of his relief that he waited for his big move to Stamford Bridge rather than joining Arsenal or Barcelona two years ago.

The Moroccan international winger had previously talked of a “dream” switch from Ajax to the Gunners or the Catalan giants, but neither move materialised.

Ziyech stayed in Amsterdam and helped Ajax reach the 2019 Champions League semi-finals before joining Chelsea for a reported £37 million ($48 million) in the summer transfer window as part of an expensive influx of new talent.

Now the 27-year-old is happily installed at Stamford Bridge and is chasing full fitness after a knee problem. He admitted his delight at holding out for his big Premier League switch.

“Two years ago I was almost moving somewhere else but it didn’t happen,” Ziyech said on Thursday. “And for myself, looking back now, I’m happy it didn’t.

“Because from that moment I had an incredible journey with Ajax as well, and an amazing time. I improved a lot on the highest stage in Europe.

“And this summer was for me the time to move on, step up.”

Ziyech has made two Chelsea appearances off the bench after shaking off a niggling knee problem.

He was brought on in the second half of Tuesday’s goalless Champions League draw with Sevilla, where Chelsea finally had all six senior summer signings on the pitch together at the same time.

He praised fellow new signings Kai Havertz and Timo Werner as well as Christian Pulisic, who made his debut last year.

“There’s so much quality and Christian has already been here longer than us, so you can see what he’s capable of doing on the pitch,” he said.

“He’s just a crazy winger and for me it’s really exciting to work with them. And I can’t wait to be on the pitch with them, with all of us doing our things.”