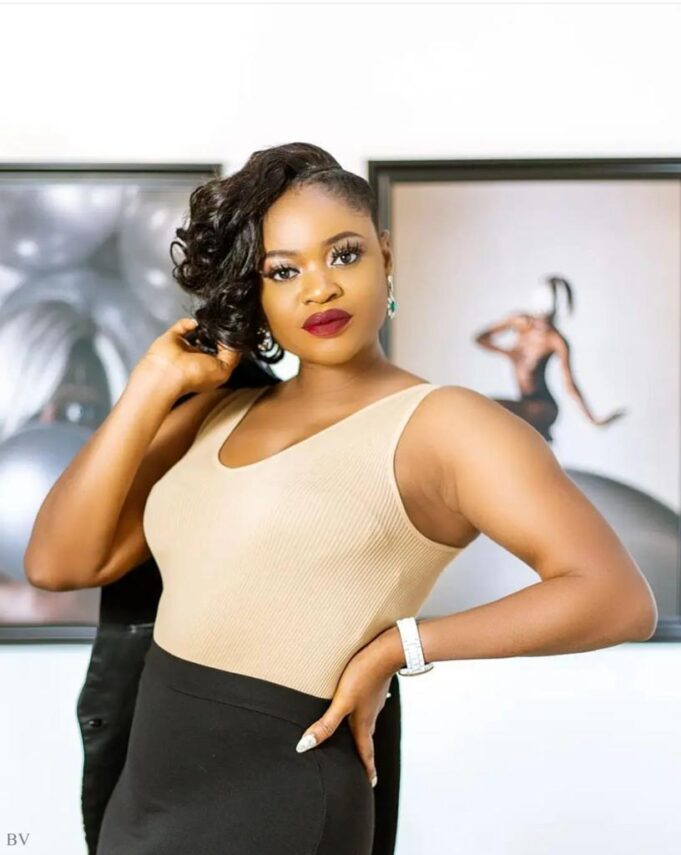 For those who do not know
Vien007 aka The Sassy
Classy Bond Lady was
Born Bamidele Vivian
Osagie.

Vivian started out from her
days as the most beautiful girl in
Lagos State University in 2006, the
Higher institution where she also
bagged a BSc in Computer Science. Since then, Vien007 has gone
on to improve herself by joining
the broadcasting space and being
trained at the BBC Media Action
in journalism.
This made her to be one of the

ties in the Nigerian media space.
Winning several broadcast
merit awards and scream awards
, voice of the year 2015, 2016 and

co- founded and was head princi

pal at the City Media Academy.

Vivian was the brand manag

er and content head at Nigezie
Xtreme.
She is currently running her
own media solutions brand called
“Vien007 Limited” , where she
works as a media consultant to
top brands.
These days , Vien007 is seen
more on the big screen as she was
unveiled as the first Auditions
host of Nigerias’ Foremost Entreprenural Reality Show, The Next
Titan Season 9.
Vien007 also changed the game

, as she became the first ever fe

male to be voice narrator for the
franchises’ 9th season.
Either hosting a podcast, or
displaying her many talents as
TV , radio host and social media
influencer. The sky is the limit for
Vien007 .
Vien007 is one to watch out for,
she is the next level Media Entrepreneur.
Vivian loves watching swimming competitions especially
during Olympics, water sports,
surfing.

A Lover of football (a Liverpool