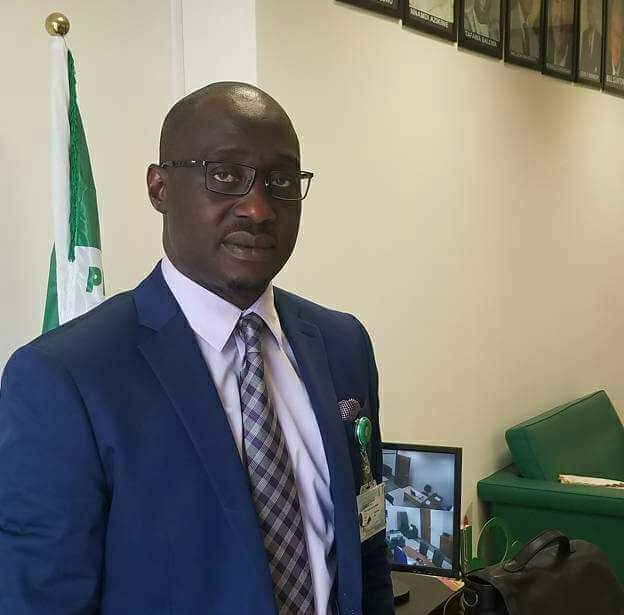 A member of the House of Representatives, Rep. Jarigbe Agom Jarigbe, has dragged the people’s Democratic Party, PDP to Court over an alleged skewed outcome of the last Senatorial primary election of the party in Cross River State.

The lawmaker who represents Ogoja/Yala Federal Constituency of Cross River State, who was also a contestant in the poll, disclosed his decision to seek legal redress against the result of the polls, on Friday. “I’m already taking legal action against the process”, he told journalists at a press conference on Friday. He accused his party, PDP of smuggling in, “a fake delegates’ list”, before the primaries”.

The lawmaker lambasted the Governor, for trying to impose one Dr. Stephen Odey as a candidate for the Cross River North, Senatorial polls. “The governor wants him(Dr. Odey), as his stooge, so that he can return to the Senate later; but we cannot allow that. He (the governor), is a failure. He has failed as Governor. No infrastructure; there is nothing on ground in Cross River”, he said. He gave a narrative leading to the alleged killing of his associate and how the process may have been manipulated. “I have it on good information that on the 4th of September, 2020.

One Mr. Emmanuel Egwu, who is the Public Relation Officer of the People’s Democratic Party (PDP), Yala Local Government Chapter of Cross River State, in preparation to the Cross River North Senatorial District primaries of the People’s Democratic Party (PDP) billed to take place the next day being the 5th of September, 2020, was in the company of his associates, Messrs. Collins Adibe, Mr. Bobby Igwe and the deceased, Mr. Charles Onweh travelling to Ogoja for the scheduled election. “It is to my knowledge that there had been incessant calls from Hon. Cynthia Nkasi, that kept coming with disturbing regularity seeking to know the location of Mr. Emmanuel ngu and his associates, in real-time, and by extension, their final destination.

“I am not unaware of the political undertone and the fears of Hon. Cynthia Nkasi, who had earlier alluded to the fact that Mr. Emmanuel Egwu is not in the support of their choice candidate (Dr. Steven Odey), as such, all efforts must be made to either coerce him into joining them or outrightly eliminating him and his associates in furtherance of their plot to commit these unlawful acts. “It is my further brief that the Dogs of war were let loose so soon after Mr. Emmanuel Egwu, put up a resistance.

The mayhem that was unleashed, led to the gruesome murder of Mr. Charles Onwe and the grievous bodily harm on others who were jointly attacked with dangerous weapons at the behest, control, and command of the respondents.

“This brigandage led to the loss of life and properties, leaving the dependents of the deceased in despair, while the survivors are left in perpetual fear of their lives”, he stated. According “I was reliably informed, that before the deceased was rushed to the hospital, a concerted effort was made by Hon. Olen Patrick Dan (Councilor of Wanikade ward) and other good Samaritans who insisted that a police officer should accompany the deceased to general hospital Ogoja before he was adjudged and certified as BID (Brought in Dead).

“The Respondents, with a view to shore up their decreasing political relevance in my electoral district, instigated political violence by using thugs who are their supporters and other criminal elements to clamp down on their political opponents. I am worried that this sad development if left unchecked wi conflagrate and consume, hitherto, the peace and political harmon enjoyed in the Federal Constituency.

“I am more persuaded by the facts that this ugly trend of instigating political violence under any guise, will fritter away the gains of our founding fathers and martyrs of our nascent democracy”. According to him, “No gainsaying the fact that the allegations as made above carries weight, such that the interest of the family of the deceased, the friends of the deceased, the dependents of the deceased and the society at large must be to force to ensure Justice

. “I wish to commend the good office of the Inspector General of Police to the dictum of Ngwuta, JSC in OKON v. STATE (2014) LPELR 22446 where he stated thus: “The concept of Justice is a triplet of justice for the victim whose life was cut short in a brutal manner and whose innocent blood cried to high heavens for vengeance, the perpetrators who cannot be denied the benefit of the procedure ordained by God in the Garden of Eden (fair trial/hearing) and the society whose membership has been depleted by one by the desecration of its values. ” He called for the “investigation into these allegations with a view to hand down reprimands within the ambit of the law”.