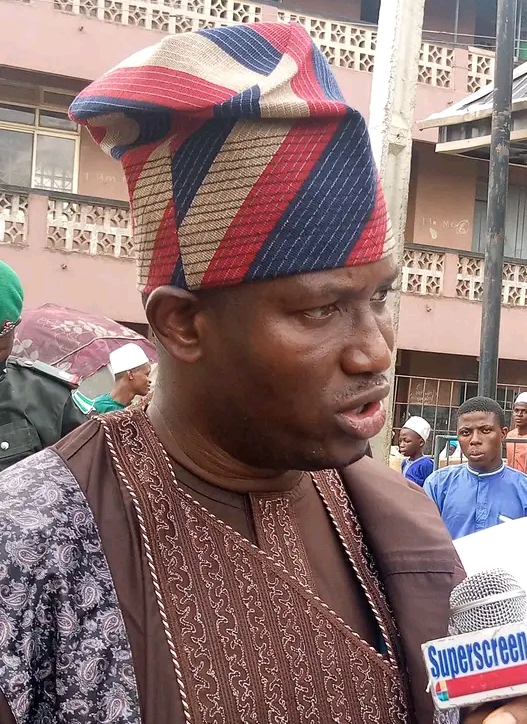 The Executive Chairman of Odi-Olowo Local Council of Lagos State, Olusola Ajala, has expressed the readiness of Lagos State local councils to work with the All Progressives Congress (APC) Professionals’ Council to mobilize the electorate at the grassroots level, as well as effectively engage the youth for the party’s electoral victory.

The Odi-Olowo Local Council boss, while assuring of more synergy with youths at the grassroots to ensure victory for the APC across board in the 2023 general elections, said the actualization of the Tinubu/Shettima Mandate and the re-election of Governor Babajide Sanwo-Olu next year is a task that must be realized.

Ajala welcomed the DG and top leadership team of the council who were in his office to intimate him of the upcoming empowerment of 37,000 youths across the federation.

He said that any effort geared towards empowering young Nigerians to be self-reliant is acceptable to him and the entire area councils in the state,which he serves as the secretary, adding that his office and Conference 57 will always support such programmes.

According to Ajayi, the government alone cannot shoulder the responsibility of providing employment to every Nigerian, even as he commended Bamigbade and his team for their efforts in bridging the huge employment gap in the country and towards electing Asiwaju Bola Ahmed Tinubu as Nigeria’ president in 2023 election.

The council boss also said he will sustain the existing collaboration between Conference 57 and the council in the area grassroot mobilisation of youths to support APC’s record of massive victory in Lagos in the forthcoming 2023 general elections as well as the presidential election.

He described Bamigbade as a leader with outstanding knack for achieving results, saying the area council under him will do all within its power to support the programmes and activities of APC Professionals’ Council.

Akeredolu:At­tributes His Victory To Hard Work, Determination, Focus And Dedication