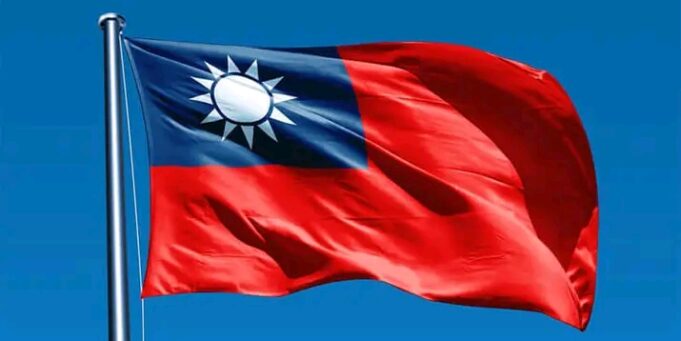 The Taiwanese government has said that it will not take any form of bullying or threats from any other country or government “because we are a full-fledged democracy” and “no more under any colonial master.”

Representative of the Taipei Trade Office in Nigeria, Andy Yih-Ping Liu, made the disclosure while addressing journalists in Lagos on Tuesday following the Chinese government’s reaction to the recent visit of the U.S. House of Representatives Speaker, Nancy Pelosi to Taiwan.

Describing the Chinese aggression towards the U.S. Speaker’s visit to Taiwan “as irrational, irresponsible and provocative,” Liu added that Taiwan is fully ready to resist any form of invasion from China, which has been on for the past 50 years.

He said: “Taiwan’s military build-up has been facing the threat of China for half a century. Taiwan has built one of the strongest missile defence systems in readiness for China.
“Almost every day, we have Chinese military aircraft flying around Taiwan, making a kind of harassment, but they never dared to fly over our territorial waters because they know that Taiwan will shoot them down.

“We will shoot them down immediately  they cross over. Not just the military jet-fighter but the missile, because we have built one of the strongest defence missile systems in the world.

“Taiwan has a lot of military build-up prepared for China’s invasion. We have bought a lot of weapons, we have a lot of cooperation with major strategic partners.
“We already have the capability of shooting down any kind of ballistic missile that is an intruder.”

Reacting to the Chinese government’s reaction to Pelosi’s visit, the Taiwanese envoy said: “The Chinese are making a fool of themselves by being so bullying and being so aggressive around the area because they are not just doing this kind of military threat or any kind of bullying against Taiwan.

“They are actually putting direct military pressure on Japan, and even on Korea/ South Korea and now America is taking this seriously. But we have prepared for Chinese invasion for half a century. We don’t fear that. We are well prepared.”

Liu, while speaking on his nation’s readiness to fight China, made reference to the Biblical David and Goliath, saying: “When Goliath showed up, David had to pick up his weapon immediately. He did not have to rely on or invite anyone to help him. This is what Taiwan has been doing in the past 10 to 15 years.

“Taiwan has built one of the largest jet-fighters, largest jet-fighter fleet in the world. We have built our military equipment like naval destroyer, submarine, among others. From air, land and sea and from the sub-marine forces, we are building that for our own protection.

“We have done everything within our power to protect ourselves. We do not have any natural resources. From education, military build-up, high technology industry development, and with good coordination with the rest of the world, we have to defend ourselves. We have our own democracy which we defend seriously.”

On the fears that after Russia’s attack on Ukraine, the next will be China’s attack on Taiwan, Liu said: “We are now building our own naval sub-marine. We have already built a lot of naval destroyers and frigates missile firing speed boats. We have the full capability of protecting ourselves because we know that after Russia invaded Ukraine, it taught the world a big lesson that we cannot rely on any of our friends because we cannot drag them into our war against any invader/army.  What NATO and the U.S. have done to help Ukraine demonstrates that Ukrainians are brave enough to pick up weapons and defend their own country.”

According to the envoy: “Any Western supply or weapon will go into the Ukraine to help the Ukrainian military to fight off Russians.
“On our side, we think that Russians-Americans are making a fool of themselves, because they thought that they would occupy and destroy Ukraine in a week or two.