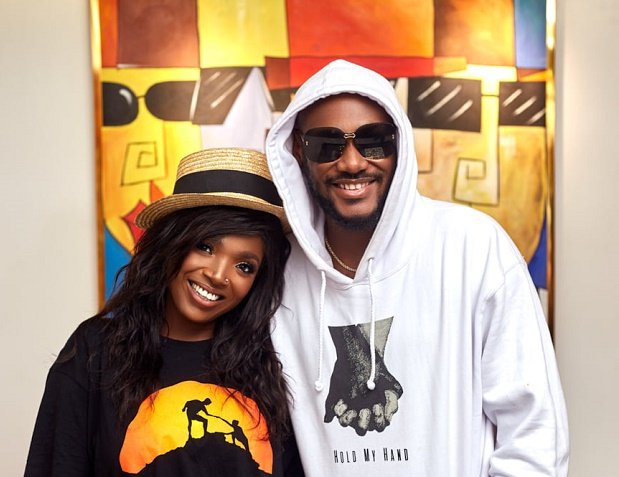 The ace singer took to his social media pages to break the news in a post on Saturday.

In the post, which was accompanied by a picture of himself and Annie Macaulay-Idibia, his wife, the music star said funds raised from the initiative would be used to support some issues affecting the society.

He also provided a link to the platform which houses different kinds of customised clothes including hoodies, shirts and branded facemasks.

“Good day my neighbors! The hoodie and the t-shirt, along with some branded facemasks are available via the link in my bio, as part of my commitment to raising funds for human rights, and education causes in Nigeria,” he wrote on Instagram.

“Funds raised here will be used for these causes. Grab your bank cards and let’s do some good deeds. One Love.”

The ‘Warrior‘ crooner has continued to pull the strings in the Nigerian music industry and beyond since the release of classic hit song ‘Knock Me Off’ as a member of the now-defunct ‘Plantashun Boiz’ in 1999.

He thereafter released ‘Face 2 Face’, his first studio album, in 2004 and has snagged several awards, recognitions and collaborations with other music heavyweights.

In June, 2Baba was appointed a regional goodwill ambassador of the United Nations High Commissioner for Refugees (UNHCR).