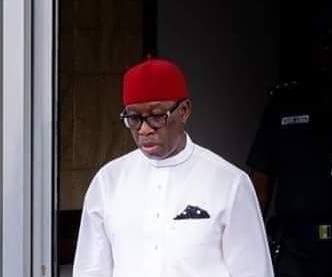 You are a political achitect who brought Delta into the fray of national politics, Ofotokun tells Okowa at 63

Oghara: A charismatic youth politician and an aspirant into the Delta State House of Assembly, Ethiope West State Constituency in the immediate past People’s Democratic Party, PDP, primaries across the state, Comrade Edafe Ofotokun, has described the Delta State Governor HE Senator (Dr.) Ifeanyi Arthur Okowa, as a pragmatic leader, a goal getter and an architect who designed and navigated Delta State into the fray of national political identity.

In a good will message to mark the governor’s 63rd years birthday anniversary, Ofotokun, remarked that Okowa, through his SMART Agenda, not only built on the legacies of his predecessors, but inch further to building a Delta State of our dream.

He said, Okowa, is focus, with good organization framework, who will add value to the Atiku Abubakar presidency if voted into power.

While congratulating Okowa, on his birthday, Ofotokun, enjoined the electorates to vote for the PDP all the way insisting that Atiku/Okowa presidency will put the nation on the path of national recovery.