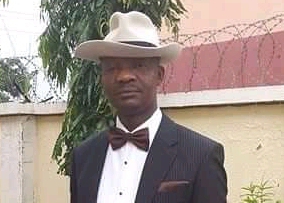 The Delta State government on Thursday declared that
Governor Ifeanyi
Okowa has not handpicked
any aspirant as the People’s
Democratic Party (PDP)
flag bearer in the 2023 governorship election.

Speaking with pressmen
in Asaba, Commissioner of
Information, Mr Charles Aniagwu, stated that the array of
aspirants claiming that they
had been endorsed by Okowa
had become an embarrassment, considering the governor’s integrity and giant strides.

He stressed that the government would not stop any aspirant claiming to be
campaigning with Okowa’s
backing.

According to Aniagwu, “It
is a good market that sells itself. Okowa has made it clear
that he would not tell anyone
to step down their political
ambitions.”

He said that OKowa had
not prevented anyone with
political ambition from aspiring, describing the PDP as
a big family, where everyone
has a level playing ground.
“We hope and believe that
all members of PDP that are
interested in positions play
safely using the most sane
words,” he asserted.

On alleged imposition of
the incumbent’s daughter,
Barrister Marilyn Okowa-Daramola as the candidate to
represent Ika North East Local Government Area of the
state, Aniagwu declared that
the Okowa had not prevented
anyone from buying the party’s nomination form.

“The governor is reluctant
on the issue. But, we are seeing what she is doing as the
Senior Special Advisers on
Girl-Child Empowerment.

“If you agree, Okowa has
been able to add value to the
state. Would it be right to say
his child cannot add value to
the state as a leader?” he asked.

While responding to talks
of Okowa’s alleged plan to return to the Senate, Aniagwu
maintained that the governor,
who had been occupied with
state and national issues.

I Want Messi To End His Career At Barcelona – Pep Guardiola