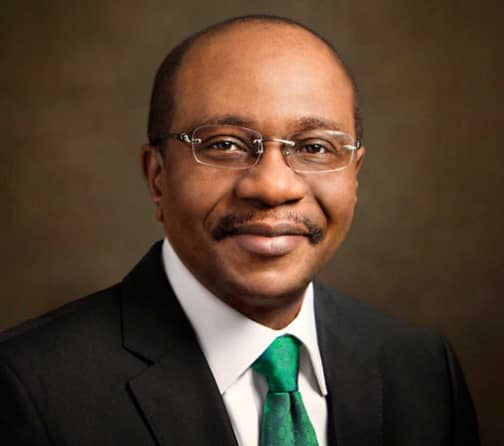 In the buildup to the 2023 elections, it is both the inescapable responsibility and unavoidable obligation of each and every Nigerian, as engaged citizen and committed patriot, to actively participate in the leadership recruitment exercise this time around. Such an approach to politics, politicking, electioneering and elections will go a long way in ensuring we do not end up with the wrong kind of leader going forward. For us, this task is not a difficult one at all for in current Central Bank of Nigeria Governor, Godwin Ifeanyichukwu Emiefele, we have just the right sort of man to steer the ship of the Nigerian state to its destiny.

Since his emergence as Central Bank Governor, Emiefele has painstakingly kept watch to ensure that all the critical sectors of our national economy are sustained even against overwhelmingly daunting odds. Indeed, Emiefele’s exploits in agriculture, alone are achievements of global significance and especially so when situated within the context of a peculiar food market like Nigeria. Indeed, his feats in the area of food production are all the more impressive given that for decades now – in fact, more or less, since Independence in 1960 – Nigeria’s agricultural output, as well as its food security profile have been on a consistent and most alarming downward spiral only very recently reversed by Emiefele’s policy choices and the doggedness with which he has deployed innovative strategies toward their implementation.

This sustained attention to the grassroots in the management of an economy beset by multiple stresses has led to the quiet but steady emergence of surprisingly numerous successes in small and medium enterprises, even as many large industries have not only remained afloat but continue to thrive and expand in a tough economic environment.

Who would have imagined that any sort of pyramids of agricultural produce could ever be seen again in our country? Emiefele somehow succeeded in stimulating their reemergence from directly empowered farmers across the nation while unveiling them in just the right circumstances to reignite hope that we are, after all, a nation of promise, indeed! Emiefele’s astounding mettle perhaps most impressively crystalizes in his preference for directly ensuring that the staples of macroeconomic management are processed in such manner as to always end up impacting even the very smallest participants in the economy. From interventions in agriculture and artisanship through empowerment of petty traders to expansion of credit availability, our national economy has witnessed what fundamentally amounts to the democratisation of central banking. Indeed, under Emiefele, we have witnessed the transformation of the CBN from what was effectively a quasi-elitist institution, stuck in archaic preoccupations with big banking, forex and international markets in fidelity to erroneous trickle down paradigms which proved to be woefully elusive, into a bulwark of the common man and bank of the people.

Emiefele’s CBN is at once the premier monetary institution of world standard and regulator of international significance and yet, at the same time, a nationwide community bank willing and able to interact with the man in the street while beneficially impacting the lives and livelihoods of numberless scores of our country men and women in the process. It has, in fact, become a sterling example of taking governance to the doorsteps of the people by bringing the complexities of macroeconomics down to the household level of bread and butter home economics. Quite apart from astounding us with achievements we thought were now lost to us forever as a nation, Emiefele has not only succeeded in bringing the long excluded within the rehabilitative ambit and empowering ambience of virile economic participation but done so in an era of excruciatingly lean resources.

It is extremely difficult to find that genuine Nigerian businessman engaged in legitimate endeavours that has a valid complaint against Emiefele and, it is not at all a surprise he is the choice of corporate Nigeria to be our next President. Ironically, in spite of his remarkable successes in keeping our economy afloat, staving off financial collapse and, expanding domestic commerce, while enhancing exports, it is not the high and mighty of our country that have by any means been the chief beneficiaries of Emiefele’s stewardship but, in fact, the common man and woman, who have remained his studious focus throughout his term!

It is a rare thing for President Muhammadu Buhari to retain someone from the preceding administration. The fact that Mr. President not only retained Emiefele but developed a close working relationship with him while obviously reposing much confidence in his ability as a central banker and monetary czar is a testament to Emiefele’s towering competence, dependable probity and astonishing resourcefulness. Our President, despite the shenanigans, disinformation, misinformation and manipulations of the naysayers, has done his best and, in fact, done quite well in the assessment of those who know their onions and refuse to play politics with everything. In the face of truly gargantuan challenges, bewildering dislocations and totally unforseen and indeed, unforseeable circumstances, the Buhari administration has succeeded in deepening democracy and keeping our country in one piece, while steadily impacting agriculture, infrastructure, economic inclusiveness and myriad other sectors of our economy and national life. As we seek a worthy successor to our President, we would do well to recruit one who does not fritter away his achievements and takes our country back to an Egypt of corruption and incompetence. Indeed, it is our collective duty as a nation to ensure that we end up with a servant-leader capable of consolidating on what has been attained thus far and surpassing it in every material particular.

If it is an affable, humble, sensitive and sensible fellow we seek as our next President, our current Central Bank Governor fulfills those specifications. If it is a grassroots oriented fellow who nevertheless has the grit, guts and genius to deliver on the Presidency that we require, Godwin fits the bill. If it is an uncomplicated leader bereft of controversy and devoid of the excess baggage of scandal and opprobrium that we desire, Ifeanyichukwu is our man. If it is a man of easily verifiable achievements, unprecedented attainments and uncommon accomplishments that we are looking for to finally take our country into its true destiny, then Emiefele for President, come 2023. Indeed, for a man who has consistently showcased an ability to record achievements we were beginning to believe could never again be attained in our national economy, we indeed have in Godwin Ifeanyichukwu Emiefele, a Central Bank Governor we are quite sure of. It is time to make him a President we can all be proud of.,

ANDREW OSSAI EKE is a commentator on national issues writer in Warri.