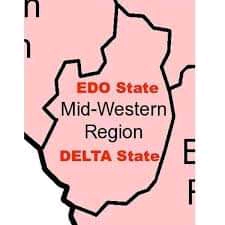 The Heartbeat People’s Development Initiative (HPDI), a political organization, has berated the Arewa group for
calling on all the political parties to zone the Presidency to the South East in 2023
and backing Anyim Pius Anyim for President HPDI, in a statement signed by its secretary general, Nosasu Omoregbee-Edigin, and made available to newsmen in Benin, stated that “our group is disturbed
by the offensive statement titled, ‘2023: Arewa Group Backs Anyim, Urges Political Parties to Zone Presidency to South East’, published in one of the national Newspapers on the 6th of December 2021.

According to HPDI, those behind Arewa group should realize that the people of the defunct Midwest/Bendel, now comprising the present Edo/Delta states, have since Nigeria’s Independence in
1960 been disrespectfully marginalised in the political power sharing in the country.

I Will Continue Fighting For A Better Nigeria – Falz