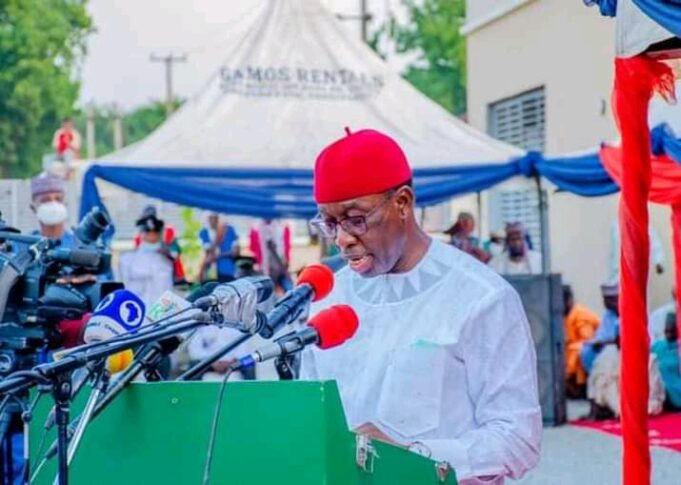 Governor Ifeanyi Okowa of Delta, on Tuesday, disclosed that the Asaba Leisure Park and Film Village being executed by his administration would
be ready for inauguration in February 2022..

Speaking at his quarterly interaction with newsmen at Unity Hall, Government House, Asaba, the governor said that the delivery timeline for the project was shifted from December 2021 to February
2022 because of fluctuations in
the exchange rate.

According to him, many of
the equipment required for the
Leisure Park and Film Village
are coming from overseas, and
fluctuations in the foreign exchange rate have delayed the delivery of the job.

He disclosed that his administration was still pushing hard on the contractor to ensure speedy completion of the job,
and affirmed that there was a firm understanding that the contractor should be able to deliver the project by February 2022.

The governor expressed appreciation to the media for being good partners to his administration and said “We have continued to stay on course in our promises to Deltans.”

Two Hoodlums Arrested At #EndSARS Protests In Abuja With A knife.