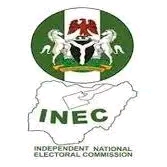 With about three months to the presidential and governorship elections in Nigeria, the Independent National Electoral Commission (INEC), headed by Prof. Yakubu Mahmoud, and the Resident Electoral Commissioners (RECs) of various states, said it has put adequate measures in place in readiness for the 2023 polls.

Various stakeholders in the nation’s election shared their opinions – including their beliefs in INEC, apprehensions, among others, with Daily Independent.

A Certified Arbitrator and Member of the Governing Council of Nigerian Bar Association Section on Public Interest and Development Law (NBA-SPIDEL), Emeka Nwadioke, on his part, commended INEC for living up to expectation of Nigerians, saying that it shows the readiness of the Electoral Commission for the 2023 polls.

“NEC has shown an appreciable level of preparedness for the elections. This is notwithstanding the insistence by some Doubting Thomases that INEC leadership is suspect,” Nwadioke said.

On whether there will be any hindrance to conducting the polls next year, Nwadioke said: “There is no plausible reason why the elections should not be held. Insecurity is a major threat to the elections; but this is not insurmountable. The Presidency should mobilise and rejig the security assets to provide the enabling environment for the elections.”

He said that the burning of INEC offices and non-collection of the Permanent Voter’s Cards (PVCs) create a challenge for the election management body, adding: “This may especially pose a challenge for replacement of PVCs and make disenfranchisement of some eligible voters inevitable.”

Nwadioke affirmed that “INEC had repeatedly assured that its technology infrastructure is full-proof.”

According to him: “While Nigeria still battles with the challenge of limited bandwidth, among others, we must hold INEC to its assurances and commitment to deliver free, fair and credible elections come 2023.”

Also, Anthony Kila, a Jean Monnet professor of Strategy and Development, as well as Director at the Centre for International and Professional Studies (CIAPS), Lagos, while corroborating Nwadioke, said that INEC is fully ready for the polls.

He said: “Everything is possible but rationally thinking and speaking, yes. I think there will be elections for three major reasons.

“Firstly, because politicians want elections. Regardless of what they say in public and beyond what divides them, it is clear that politicians of the two major parties (APC and PDP) want the Muhammadu Buhari administration to end. They will do all they can do to make sure the experiment comes to an end.”

The second reason, according to Prof. Kila, is that there is no institutional alternative to elections, adding that “Most of the bodies that should be independent of politics have been subdued and have been controlled by politics’; so the possibility of a rebellion to politics or submission by politics is practically impossible.”

Another reason why I think the election will hold, Prof. Kila noted, “Is because we are all seeing the weakness and threats INEC has to deal with. This makes it possible to find solutions before election day. There must be the will of course.”

On whether INEC is on the right path in its preparation for the polls, he affirmed: “Yes, I think INEC is doing a lot of right things but many more needs to be done. I am impressed by INEC’s courage to admit and own up to the fact that its voters’ list is compromised by the inclusion of underage-voters for example.

“It is a sign that they are willing to make amends. Of course, it should not have happened in the first place but here we are…”

The lecturer and public speaker listed the three things he feels that INEC is not getting right, to include: “One is the mindset: INEC needs to let the world know that many of their stakeholders are criminals intending to subvert the electoral systems for personal gains.

“Such a mindset will make INEC lobby for more independence and to canvas for a tougher stance on electoral crimes.”

The second thing, according to the CIAPS director, is “Reliance on technology. INEC has done a lot but it needs to take some radical steps like linking BVN to PVCs and localising their operations.”

Giving a thumbs-up for the electoral body, he said: “I think INEC should be trustable. It is the duty of those managing INEC to make sure that in their acts and utterances, they prove to all that they are worthy of the role they are charged with and paid to cover.

“Just like the banks that keep our money and airlines that we trust with our lives, INEC needs to earn the trust day after day.”

On whether there will be server breakdown again, Prof. Kila said: “Sadly, we can only know this the day after. INEC can, however, do two things. One is to make sure the server does not break down, the other is to have an alternative plan in case it does break down.”

Also, a Research Fellow at the Nigerian Institute of International Affairs (NIIA), Victoria Island, Lagos, Dr. Omotola Ilesanmi, confirmed her belief in INECS’s preparedness for the 2023 elections, saying: “I think to a reasonable extent, that INEC is putting things in place. Nobody can do it 100 percent. But to a reasonable extent, I can say that INEC is putting things in place. If you look at the previous elections in Ekiti and Osun states, we rarely had issues with elections in those states.”

She said that some heterogeneous factors, including insecurity in the country, banditry in the North and South-East, the recent burning of INCE’s offices in some parts of the country, among others, are issues that give us reason for worry.

With the conduct of elections in the past, Dr. Ilesanmi said: “INEC can be relied on. INEC is the electoral body in charge of elections. We do not have an option.”

On the extent to which INEC can deliver, she cited the successes INEC recorded in the recent elections in Osun and Ekiti states.

“We want to believe that to a reasonable extent, INEC should be able to deliver like I said. Considering heterogeneous factors, look at the flooding that occurred in several parts of the country. Over 1.5 million people were displaced with over 600 deaths recorded.

“Some areas may not be accessible by INEC officials. These are factors that may be beyond INEC’s powers.”

On what INEC should put in place to correct its mistakes in past elections, Dr. Ilesanmi said: “One of the issues is that of logistics. It is either election materials are not in the polling booths on time or the electoral officers are not there on time. There are a lot of logistics issues, which are a major electoral issue in Nigeria.

“INEC has set up a committee to ensure that logistics are put in proper shape during the 2023 elections.”

On whether there will be a challenge of Server breakdown during next year’s polls, she said: “Citing the last Osun and Ekiti elections, I don’t think there were issues of server breakdown recorded.

“What INEC really needs to address are the issues of vote-buying and ballot-box snatching. Vote-buying was a major issue in the last election. So, that is what INEC should really address.”

“Also, money politics, that is monetization of votes, is another area that I will like INEC to address against the forthcoming elections,” Dr. Ilesanmi noted.