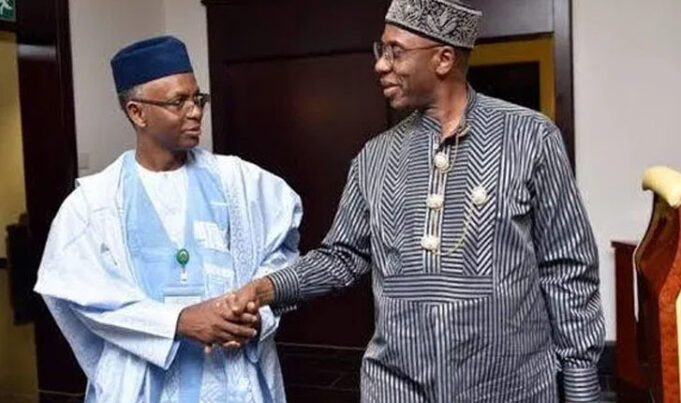 The battle for 2023 presidential election has started in earnest, as Amaechi-Elrufai posters flooded the street of Abuja.

The campaign posters, which have the face of the Minister of Transportation, Right Honourable Chibuike Rotimi Amaechi for President, also have the face of Mallam Nasir Elrufai, the Governor of Kaduna State as the running mate and Vice Presidential candidate.

One of the posters was titled “the People’s choice” while another had the message “Today may not be the best, but tomorrow will be better.”

All the posters show they are being sponsored by the National Consolidation Movement but they did not have the logo of any political parties.

While speaking with our correspondent, who went to town to interview a cross section of Nigerians on the emergence of the posters, Dr. Doyin Anifowose, who is a political scientist said the messages on the posters wowed Nigerians by tactically attempting to isolate both men on the posters from the alleged failures of the Buhari government.

He wondered why top members of the ruling party would still be talking about a better tomorrow if today is not the best it can be.

Dr. Anifowose also opined that this type of move is typical of high end campaign strategy where a campaign research group could test the acceptability of the candidate especially in the mood the nation is in currently.

“The country is in a low mood now with the events following the EndSARS protests and the massive nationwide looting of palliative warehouses. The prices of goods and in particular food items have skyrocketed in the markets hence a campaign organization can truly check the acceptability of their principal.

“This is the best mood to know what the people truly feel about any aspirant and that the logo of their political not being on it is to be present it as judge me not by my Party.

“Not using the political party logo in a campaign test such as this could also help a campaign research group know if the aspirant is popular enough to even leave the party and contest the election on another political party platform as I believe their field officers would be on the streets sampling opinions of the people and on issues concerning the aspirant,” he said.