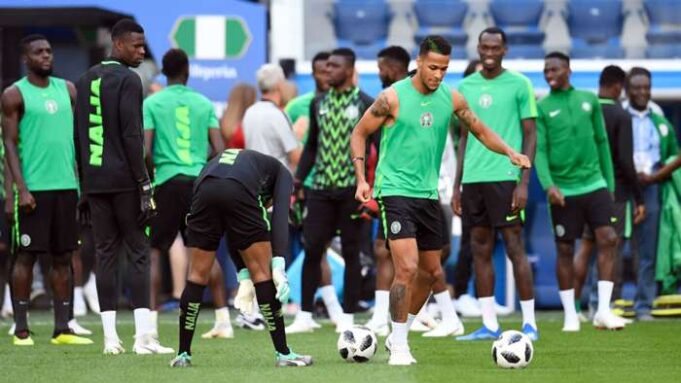 The Super Eagles square off against the Leone Stars in a double-header with the first outing scheduled to take place on Friday at Samuel Ogbemudia Stadium, Benin City.

The Leone Stars of Sierra Leone 43-man contingent arrived in Benin City, Edo State capital, on Wednesday evening with confidence of picking the three maximum points at stake at the expense of the Super Eagles of Nigeria in their African Cup of Nations (AFCON) qualifier on Friday (tomorrow).

Solomon Gebreselassie Abebe from Ethiopia will be the match commissioner while Attama Ibrahim Boureima from Niger Republic will be the referee assessor.

Rohr in a statement said ”We do not in any way under-rate the Sierra Leoneans that we play over two legs within these four days, but we have our focus and objective for the matches.

“We want to win both games so we can have the ticket and be able to be little more relaxed for the final games. You know that next year, we also have the World Cup qualifiers to focus on. It is better to get the AFCON job behind us now.

“I am excited by the spirit of the players and their sense of dedication and commitment. We have not played a competitive match in a year, but they look very ready and good to go. Our mission is the six points in these two matches,” he said.

With the maximum six points from their first two matches of the campaign, three ahead of the second-placed Benin Republic who square up to Lesotho, the Super Eagles will be sure of a spot in the Draw for the finals in Cameroon if they earn all the points at stake against the Leone Stars.